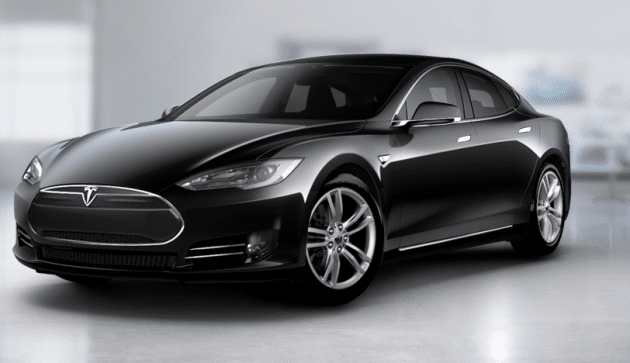 The Tesla Model S is undoubtedly the best car in the world, it combines respect for the environment with the best technologies. It’s simple, this car captivates and allows potential buyers to take a serious interest in electric motors.

The Tesla Model S succeeds the Tesla Roadster, an electric vehicle for “Happy-few” which allowed the brand to design this sedan for the wide public  but unquestionably exceptional.

Follow all the news of the Tesla Model S, by clicking here.

This car exists in four versions, offering options, an autonomie, a transmission and nice performances.

this version was unveiled on April 8, 2015, it has been the entry level for this sedan since that date.

It has an four wheel drive electric motor  (“D” for “Dual Motors”) with a battery capacity of 70 Kwh.

For the record, Tesla Motors wanted to market at the launch of this vehicle, two battery capacities: 60 kwh and 85 Kwh but this first model had been abandoned because the autonomy did not meet sufficient demand.

This version is therefore a real compromise for hesitant buyers, because the performances are still there:

This version is the best-selling of the brand, it does not have four-wheel drive (for version 85) but enjoys better autonomy thanks to an 85 Kwh battery, it is the highest capacity offered by Tesla Motors at this moment for the model S.

This version displays the following performances:

The price of this second version excluding paid options and ecological bonus is €75 640 , if you choose for the four wheel drive, you will have to pay €80 740

It is the high-end version, without options, of the brand. With its four-wheel drive, it benefits from the best engine performance for a similar range.

It is the preferred choice of thrill seekers thanks to the following performances:

It must be said that the retractable handles and the control panel  (“Touchscreen” or “Dashboard”) inside the cabin are rare enough on the market to inspire this advance on today’s technologies.

Tesla Motors also relies on advanced technologies to ensure the safety of passengers in this sedan, the automatic updates regularly identify safety points (braking, adjustable height of the vehicle, collision warning). The brand thus assures its customers to drive the safest car in the world. The Tesla Model S has also won 5 stars in the Euro NCAP and the highest rating from the agency responsible for road safety in the United States (NHTSA).

As soon as you choose the electric car, you will understand that the power of the engine is detached from the concept of fiscal horsepower. Indeed, if we take the P85 version, which displays 385 Hp, it is only two fiscal Hp.

The monthly payments will therefore be advantageous, here is a proposal which should enlighten you even if each  insurance contract is specific to its owner:

With ALLIANZ “prestige”, all risks, WITHOUT ANY DEDUCTIBLE, other than the legal franchise (disasters) for an 85D worth €94,000  before ecological premium, it is €88  TTC / month the first year with a bonus of 50% and + 10% the following year except new contract in addition.

Join the forum to discuss the Tesla Model S