Enedis is going all out for development: 4 billion euros per year!

Enedis is a major player in the distribution of electricity in France, with an obvious interest in developing the installation of charging stations in condominium parking lots. It’s a process that’s well underway, so much the better, at the heart of a global investment of « 4 billion euros per year to modernize the network and make new connections, » Pierre de Firmas, Enedis’ Director of Electric Mobility, told us.

At Tesla Mag, we like it when top executives or senior managers involved in new mobilities explain in detail where they are in their development and what they plan for the future. So here is the first part of a wide-ranging interview for the Tesla Mag community. The second part will air next week.

Tesla Mag: Can you define in a few words Enedis’ position in electric mobility?

Pierre de Firmas (Enedis): Enedis is the network manager in France for 95% of the territory, it is really a public service and its mission is well known. In general, people see the blue cars after the storms and realize that they are committed to operating, maintaining and repairing the network. But today, the big issue is the ecological transition and therefore the role of the major players in the French economy to decarbonize the economy. In France, we have a key role to play, particularly because renewable energies are massively connected to the distribution networks. And since transport accounts for 30% of CO2 emissions, decarbonizing the economy necessarily means decarbonizing transport. Electrification is the most efficient way to achieve this.

Tesla Mag: Hence the interest in promoting vehicle charging in all its forms?

Pierre de Firmas (Enedis): We’re not just changing the vehicles, we’re changing the fuel. This fuel has to be taken from where it is found and therefore, at some point, there is a connection to the distribution network of charging infrastructures. So the mission we have set ourselves to play our role to the full is not just to wait for the demand for connection, and then respond to it, but to encourage this large-scale deployment of electric mobility, to accelerate it and play our full part. That’s why we have created a specific team at Enedis, which I am in charge of, to drive action in all the regional departments that cover the whole country. This team is working to identify the brakes and obstacles. This obviously brings us to the group home, which is a bit of a rock in the shoe…

Tesla Mag: Precisely on this point, where are you currently?

Pierre de Firmas (Enedis): We think in terms of the use of electricity and it is a use of electricity that is really exciting. In the 1960s, the network was upgraded for the development of all uses, in particular dishwashers. It wasn’t very complicated. Here, we have a use that is mobile, that can wander and that is a point of consumption, but can also be a point of injection, a bit like the development of ONRs that I mentioned. This poses challenges for us because it is quite new. Electric mobility calls into question a lot of what we are used to doing. And that’s exciting. The counting process has been turned upside down because all of a sudden, things are moving. It also explains the means we put into it, because we really put in the means.

Tesla Mag: Is there an acceleration that we will see, that will be visible to the consumer?

Pierre de Firmas (Enedis): Yes, I think that something is happening. And we are already part of this acceleration. Let’s take the major roads, the anxiety of being stranded. And so the equipment of major roads, highways, with charging infrastructure. We are not the only ones, but we have taken the bull by the horns with the freeway concession companies, to help them implement a rapid equipment plan. We have an important role to play in this because we have all the data they need to determine the power required at each freeway service area. We have signed agreements with these freeway companies to reduce delays as much as possible.

Tesla Mag: You already had experience with ports…

Pierre de Firmas (Enedis): In all ports, it’s also electric mobility, the electrification of transport. Ships on the quayside are a considerable source of pollution. They emit CO2, they also emit a lot of particles by running their engines for all the facilities they have on board. We have undertaken a plan for the electrification of the quays to allow the boats at the quayside to operate with a maximum of electrical energy. These are also reinforcement works, studies, we must try to anticipate as much as possible. 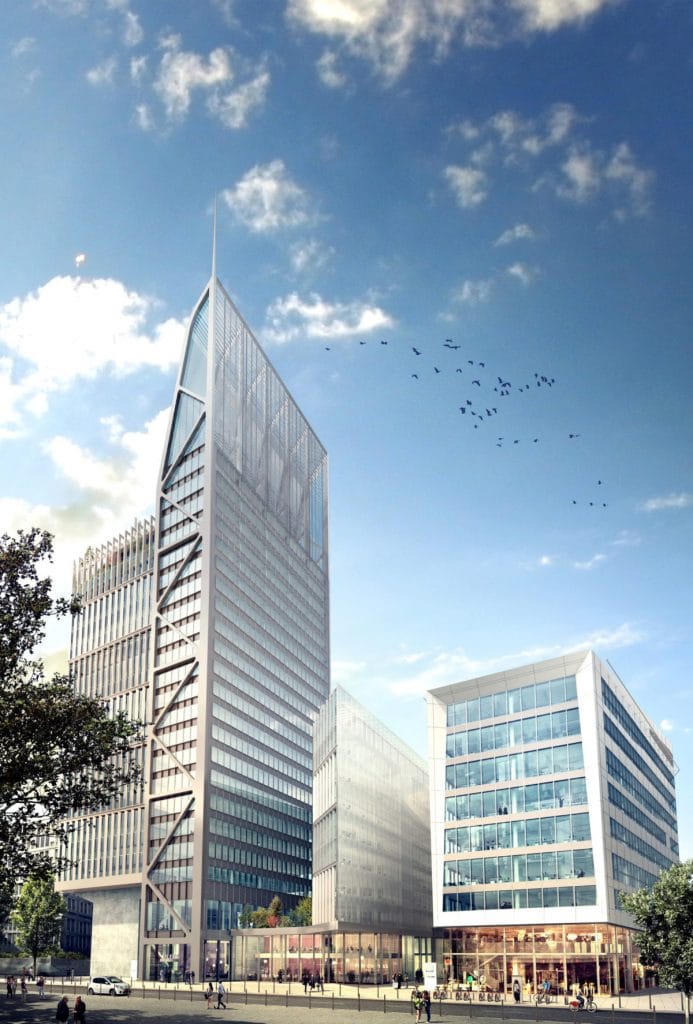 Tesla Mag: The big difference with the development of electric mobility is that it gives you the means to be in direct contact -no pun intended- with the end customer. And that’s the big paradigm shift between gasoline and electric. But can you clarify, for the members of our community, the link between Enedis and RTE?

Pierre de Firmas (Enedis): It’s not obvious. There is a lack of understanding, but that is because there is a lack of explanation. To have an electricity market. You have to produce it. And to transport it at high voltage levels, on high-voltage lines, RTE is responsible for transmission in France. But when you get to medium voltage, it’s the distributor who is responsible for transporting the electricity to the end customer. So distribution is actually the voltage level below transmission. Finally, it is the most important network, obviously in length. It goes all the way down to low voltage. We operate, maintain and invest in an asset that belongs to the local authorities. It’s public and it’s the State.

Tesla Mag: In our Tesla Mag community, we have very few people in condominiums, and many who have individual homes. They are very aware of the solar issue, and even ahead of the game…

Pierre de Firmas (Enedis): I’m not surprised when you say that most of your members are in single-family homes, because it’s not by chance. Who today takes an electric car? Even among the early adopters, those who will be able to find a home charging solution, because the others are hassled. Collective housing is a real issue, because 44% of French people live in collective housing. So we did a survey, a BVA survey that we made public, which gives a lot of results on behaviors. We questioned people who have an electric vehicle. Who are they? Where do they live? What are their problems? What difficulties do they encounter? This survey shows that 89% of people who have an electric vehicle recharge at home. This is not a coincidence.

Tesla Mag: What is your target in terms of number of condominiums?

Tesla Mag: What is the right to plug?

Pierre de Firmas (Enedis): Today, there is what is called the right to a socket: if you live in a collective building and you want to recharge your vehicle or buy a vehicle, you can ask for a right to a socket and therefore a connection to the distributor who must respond to you. The point is that, first of all, it will cost you between 2,000 and 6,000 euros. We can get to a little less than 2,000 euros if the configuration is good, with a connection to the general services of the building. The problem is that it is an individual solution, which means that at the limit, it can work for you, but if you give the idea to your neighbor, what does he do? It won’t work anymore. And moreover, even if we make a second diversion for your neighbor, first of all it will be anarchic and sub-optimized, from a technical point of view, but then from an economic point of view you won’t find yourself at all. It’s a lot of money, between 2,000 and 6,000 euros. And then it is against the collective interest. So we, Enedis, recommend a collective solution. And we also advocate it because we have this vision of large-scale equipment. We say to ourselves that we must not take small steps, we must already plan the massive equipment. In 2024, we will no longer be allowed to drive diesel in Paris. A lot of things will happen quickly…

To be continued next week on Tesla Mag, subscribe to our newsletter so as not to miss anything.

Collective solutions and concrete financing, thanks to Enedis and Avere, among others…